Leaseholds Why Not To Buy 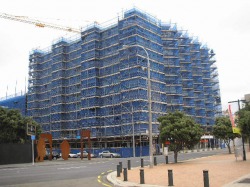 When you are buying an apartment would n’t it be great if you knew which buildings had a history, its common knowledge to a lot of property people but the buildings that hit the headlines are soon forgotten by the buying public. If the problems been fixed it could be a way of getting a cheap apartment from a building thats got a “name”, which means you could suffer the same problem when it comes to your turn to sell. All round its far better to be informed so you can make a rational decision.  How can best go about this? We always advise buyers to obtain at least the last three sets of minutes from the Body Corporate or Company meetings. These help identify some of the problems but not necessarily all of them as some issues get discussed off the record.

In addition always get a copy of the budget and see where the monies being spent. In particular is there a budget for deferred maintenance like the obvious things such as decorating and the perhaps less obvious ones of what happens when the lift that is 20 years old falls over and needs replacing?

We’ve started a list of buildings we know have had problems and we emphasize that some of these will have had money spent on them and had the problems fixed. The list is not  exhaustive as we are adding to it as time allows and people inform us. So if you know of one thats not on our list drop us a line.

120 The Terrace. Had a problem with the waste overflow drains not working causing floods to the extent insurance cover not available. Issues with extractor ducts causing fire hazard.

Marion Street Apartments. Issues with leaking. Lot of monies spent on repairs and now believed to be fixed.

220 Thorndon Quay. Decks leaking. Problem believed to have been solved.

Question How Much Do You Own Above The Land.
Weird answer but true. All of it. ie into the stratosphere....this probably raises more questions than giving you an answer, but if you would like to know more give us a call. It can be very useful in a dispute with a neighbour and particualrly when you ask the reverse question how much land do you own below the surface of the land.