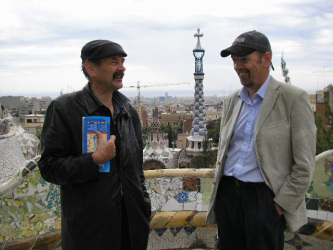 Rolle valuations was establised in 1955 by Roy Howard Rolle who’s certificates and photo hang on our office wall to remind us of our Wellington lineage. Roy died in 1970 but the namesake of his company lives on. Rolle Valuations went through a few incarnations and reinventions of itself through the 1980s and 90s and early 2000s’ having associations with Knight Frank, Hillier Parker, Axiom and PRP, emerging in its current configuration in 2007. Valuers who have worked for the company can be found in just about every valuation office in Wellington and Auckland. providing a network with a common thread.

Peter Kavanagh moved to Wellington in 1982 and has worked for the past thirty two years in the property market starting with Jones Chapman Harland and Co in Birkenhead Mersyside then Richard Ellis in London as a Chartered Surveyor. He has lived and worked in Wellington and Auckland. His valuation experience covers the whole gambit of the property market having worked for the government sector in a land acquisiton role, property manager, and valuer. He undertakes residential and commercial valuations of property in the Wellington region.